It is a must stop for those of you who want to explore South Crete the most untouched, the wildest and the most beautiful side of the island. If you travel across the south axis towards the east you will reach Rodakino and then Plakias after about 30 kilometers, while Chora Sfakion is your next stop towards the west. The European hiking route E4 passes through Frangokastello and further through the Gorge of Imbros and the Gorge of Kallikratis. The village’s landmark and the source of its name is the historic Venetian castle built a few meters from the beach. The Venetians called it Castel Franco, which was gradually replaced by its current name. The castle was actually a defense tower built by Venetians between 1371-1374 A.C. Its purpose was to protect them from the attacks of the local rebels from Sfakia. The castle carries a long history of battles between locals and conquerors. The most famous one took place in 1828 (May, 17th) between Cretans and Turks. Hatzimihalis Dalianis, the Greek leader, lost his life in a bloody battle along with 350 locals after a long siege. However, another Greek army closed in from behind forcing the Turks to retreat. It was a trap. Turks were led to their death. This went down in history as the Battle of Frangokastello. A very strange phenomenon is linked to this battle, one that has not been scientifically documented yet very well documented. The legend says that on the anniversary of the Battle of Frangokastello, entire hordes of warriors appear in the form of shadows (some say ghosts) marching in front of the castle. This can only be seen at dawn, when the mist is heavy. This is why these “ghost warriors” are called Drossoulites; drossia means early morning mist. Last but not least, the beach of Frangokastello is one more reason why you should visit it. It is sandy and long, while the water is crystal clear, shallow and warm. The sand forms beautiful dunes. 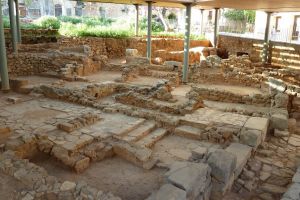 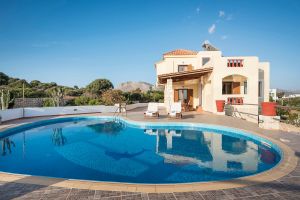 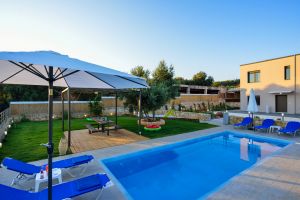