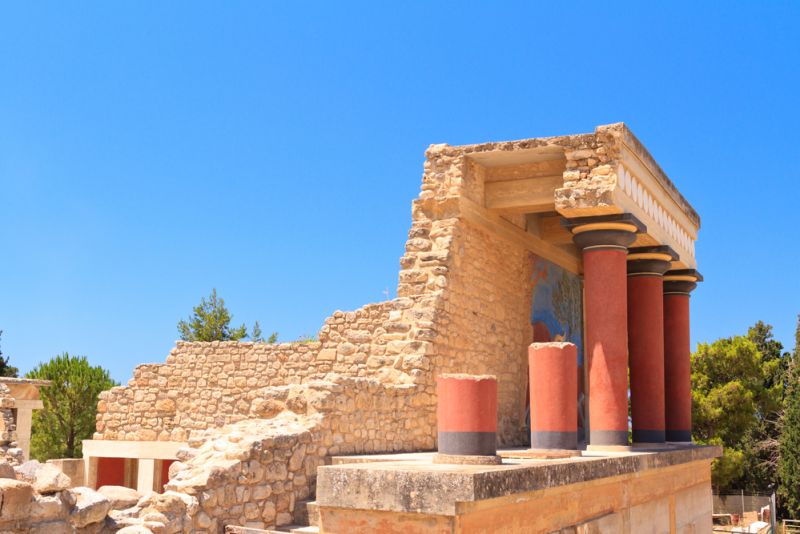 Knossos Palace is the house of the glorious Minoan Civilization (named after the great King Minoas) which thrived in ancient times. Actually it is far older and for some researchers even more advanced than the Athenian Civilization. It is believed that the Minoan Civilization had already been developed to a very high degree by 3.500 B.C., while it sustained its development until 12 century B.C.

The second most important center of Minoan Civilization was Phaistos, where the legendary “Phaistos Disk” was discovered. However, it has not been translated yet. Knossos was also the birthplace of the legend of Minatauros, the monster with the human body and the bull head. The legend says that the beast was killed by Theseus in the labyrinth of Knossos. The city of Knossos was built in the area of Kefala, 5 km southeast of Heraklion’s location today. Although only a small part of it has been rescued, one can still see the finished water networks and the heating and cooling pipelines. The findings from the palace (pots, vessels, figurines, the board archive of Linear B script, and the original wall paintings) are kept in the Archaeological Museum of Heraklion.