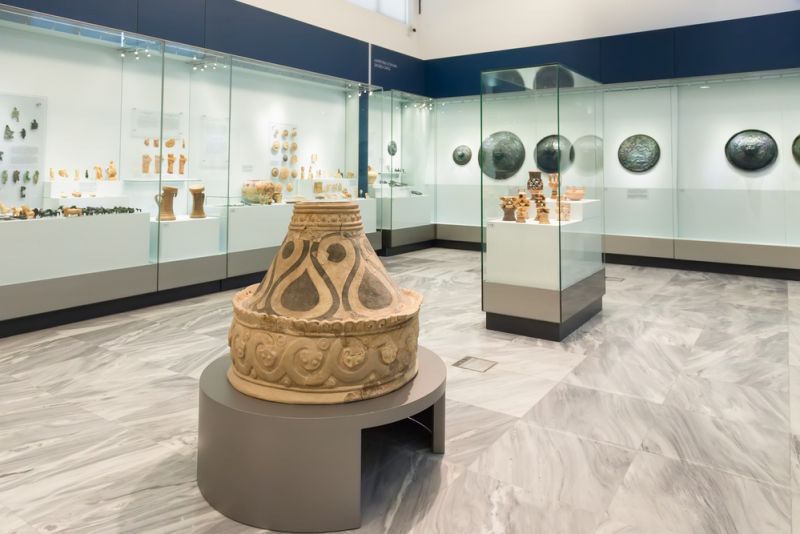 The Minoan Civilization is not only older than the Athenian Civilization (5th century B.C. – The Golden Century of Periklis) but it is believed to have been even more advanced. The first robot in history (Talos) was built there according to the legend. The Minoan Civilization thrived three and a half millennia before Christ, giving us some of the most important findings of all time, such as the Faistos Disk which has not yet been decrypted. Arts and trade were highly developed in the Minoan times and the Archaeological Museum of Heraklion holds very important and unique exhibits, rightfully considered as the museum of Minoan culture par excellence worldwide. Further, it houses exhibits from all periods of prehistoric and historic Crete, covering a chronological span of over 5,500 years from the Neolithic period to Roman times. The museum has two floors featuring large exhibition spaces, laboratories, a drawing room, a library, offices and a special department, the so-called Scientific Collection, where numerous finds are stored and studied. The museum shop, run by the Archaeological Receipts Fund, sells museum copies, books, postcards and slides. There is also a cafe.

The museum has partnerships with scientific and scholarly institutions. It houses many events and exhibitions both domestically and abroad so stay tuned.