Olive oil is the precious juice of the olive tree, known as the most important element of the Cretan diet, the "luquid gold" you taste in salads and vegetables or other cooked dishes during your visit in Greece and may have saved your life! According to scientists, olive oil found to protect the heart against damage from air pollution and high blood pressure. The pattern of Cretan diet is reported to be the reason why Mediterraneans live longer and healthier lives.

The olive oil has been particularly beneficial for health throughout the Mediterranean for 4,000 years. It has been known since ancient times and has always been a symbol of peace, fertility and purification. The ancient Greeks gave great importance to the cultivation of the olive tree, where even the winners in the Ancient Olympic Games received a wild olive branch as their prize. An authentic example of the values of the Mediterranean food standard, Crete, beyond its history, has a special value and gourmet tradition of centuries.

The main ingredient of the Greek diet since antiquity, olive oil is famous for its beneficial properties, whilst according to Hippocrates, olive oil was known as "mega healing".  It is rich in flavonoids, polyphenols, vitamins E and A. It is also a natural antioxidant preventing various forms of heart diseases, boosting the immune system and shielding the human body.

The fruit of the olive trees, thriving in every part of the island, hides enormous nutritional value, with a low acidity and aroma that captures the entire Cretan territory. The rural population continues to support its survival in nature and especially in olive oil. It is not exaggeration to say that the whole island's life is around the olive oil, having for centuries revealed its special value for Cretans. 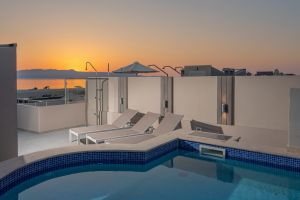