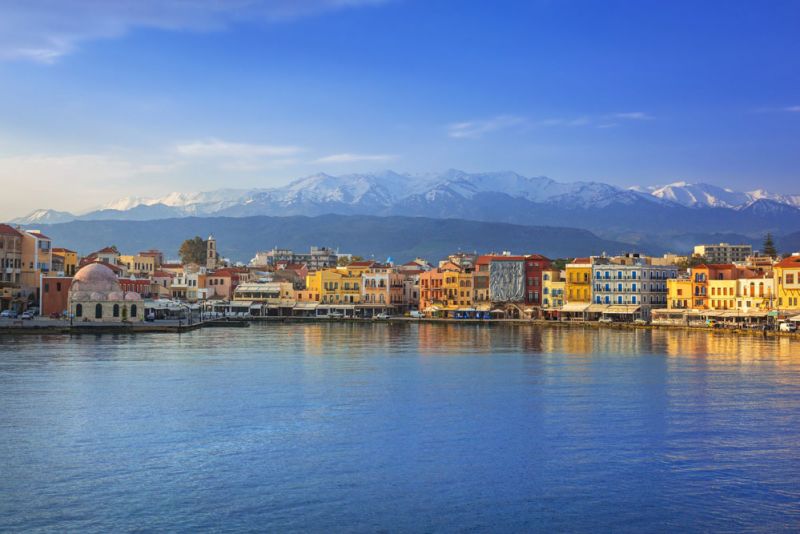 Built by the Venetians around 1320, it is still undoubtedly the most visited part of Crete from both the locals and visitors. Alive with stylish cafes, busy restaurants and beautiful old buildings, many of which have been converted into hotels, the old harbour of Chania is the number one tourist destination of the island.

Just one stroll from the Maritime Museum to the Neorio Moro (Chania's Sailing Club), with the majestic, centuries old, the sea breeze, the architecture of the old buildings, along with the hustle of so many visitors, especially in summer, proves that the old Venetian Harbour is deservedly Chania's and Crete's signature trademark.

Beginning your stroll, at the entrance of the harbour, on the north side of Akti Kountouriotou, you will meet the fortress Firka, constructed by the Venetians to protect the harbour from invaders. It was later used by the Tourks for the same propose. Today it houses the Maritime Museum of Crete.

On your walk, you will notice standing proud at 21 metres along with its distinctive architectural style the Egyptian Lighthouse, although it is actually built by the venetian, one the oldest lighthouse of the world. It has suffered major damage and around 1830 to 1840 it was reconstructed by the Egyptians. Its base is an octagonal shape, the middle section has 16 angles, while the top is circular and resembles a minaret.

The next building that captures your sight around the harbour is the Yali Tzamisi Mosque stands as a fine example of the kind of Islamic architecture (Armenian), typical of their rule at older time. It was built at the second half of 17th century, as an ornament for the port, Originally the mosque had a courtyard which was full of palm trees and the tombs of various pashas. It also had a small minaret, which was demolished in 1923, when i ceased operating. Over the year, the mosque was operated as Archeological Museum, the Folklore Museum and a Tourist Information Office, but today is used as a space for art exhibitions and cultural events.

Next, the vaulted building standing at  row will attract your attention the 17 stone Venetian shipyards Neoria, the landmarks architecture perfectly intertwined with the Old Harbour. Built in 1497, the shipyards served as withdrawals points, for maintenance and protection of the fleet during the harsh winter. Megalo Arsenali ,located last of the west side of the complex, is undoubtedly dominant. After a series of extensive reconstruction effort, nowadays the structure houses the Centre for Mediterranean Architecture (CMA) and its activities, as well as space for cultural events. 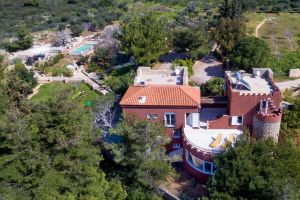 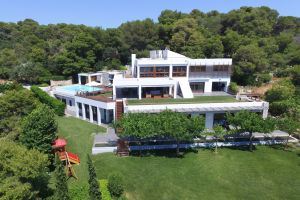