Cretan Herbs The scent is the wealth 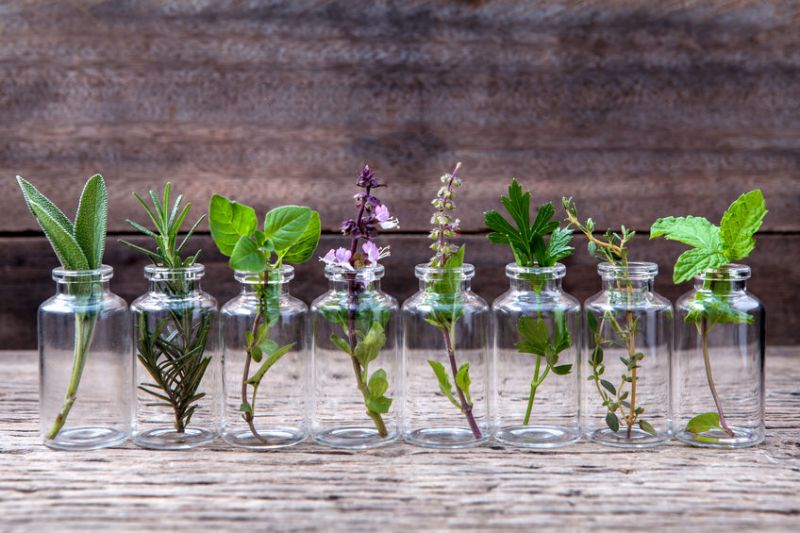 Aromatic plants are a great tradition for Crete. Botanical studies reveal that the island has one of the richest and most interesting ecosystems of Europe, with a large number of endemic plants, meanings plants that are native only on Crete. In Crete today there are numerous herbs, which have been used since ancient times to date as medicinal plants. There are many texts of ancient writers who attribute to herbs' extraordinary healing properties. The majority of the amazing herbs of Crete grow on the rugged mountains of the island and are collected by experienced collectors to be dried under natural conditions and brought to modern packs without any chemical or other treatment.

Diktamus Endemic Herb of Crete, known since antiquity as it has been used as an hemostatic and healing wound. Its healing property on the stomach, among others, are also reported by Hippocrates. It is said that when the animals are injured they rub their wound on the plant and they healed very quickly. It only grows on steep slopes and cliffs, making its collection dangerous. It blooms and collected during the summer months. The plant is also used for making beverages.

Faskomilo One of the most popular herbs of Crete with a great scent. It blooms on May and June as a purple-blue flowers. It is known from antiquity for its tonic properties. In cooking it is used to flavour various dishes, especially meats.

Thyme It blooms in June and July and has blue flowers. It is great bee plant, producing thyme honey, the most selective and valuable honey. Thyme has antiseptic, diuretic, antiparasitic and antipyretic properties. Its essential oil is also used in toothpastes. In cooking it is used for its flavour mainly for meat and fish.

Matzourana It blooms in July and August and collected at the same period. It has a wonderful scent and it is used in pharmaceuticals, cooking, and perfumery. It has similar properties to thyme and since antiquity it has been used in many cases for nervous disorders. It is also ideal for dealing with the flu. It is mainly served as a boiling kettle (beverage).

Malotira One of the mountain tea, known all over Greece. It grows in dry and barren places throughout the mountain range and is an important herbage plant. It is collected in July, during its blooming period. In ancient times its name "sideritis" was generally referred to as the ability to heal wounds caused by metallic objects, i.e swords. Its current name comes from the period of Venetian rule in Crete, meaning drag for sickness. Its decoction is used as an eustachian, as a diuretic and against colds. 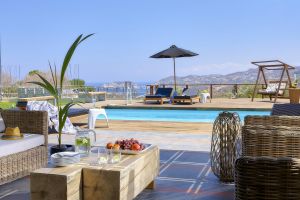 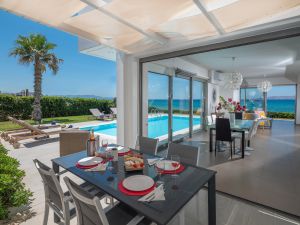 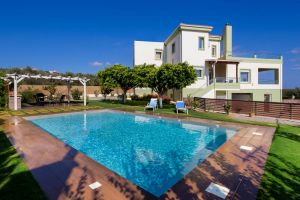