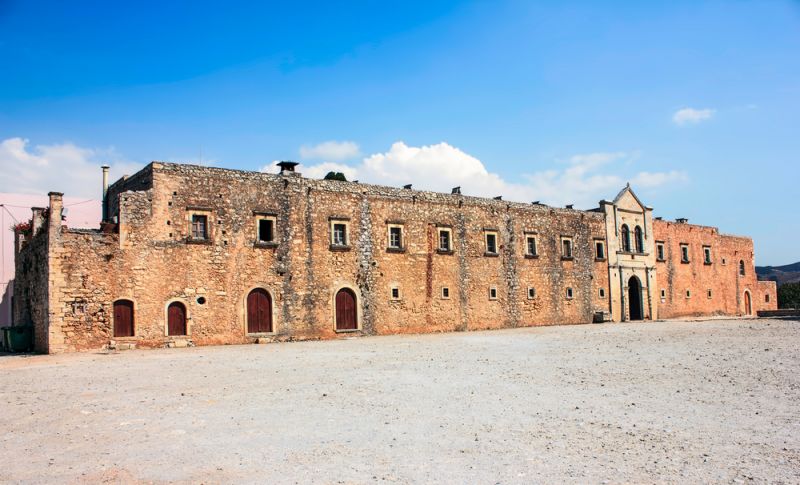 In November 8th 1866, almost 1.500 warriors from all over Crete engaged in a bloody fight against 15.000 Turks. Unavoidably, the Greek defense broke and Cretans retreated to the gunpowder-keg. Then, Konstantinos Giampoudakis from Adele Village lit the gunpowder killing hundreds of Greeks and Turks. Among the Greeks, there were women and children. Some say that the bang was heard to Heraklion. With its sacrifice Arkadi Abbey screamed “freedom” all over Europe. It was the beginning of the end of the Turkish Domination. The Abbey was completely rebuilt after its destruction. Today, the only thing that reminds us the bravery of Giampoudakis and the warriors is a cannon ball. Arkadi was given the title of a European Freedom Monument by UNESCO. 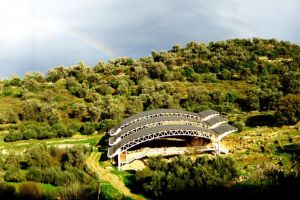 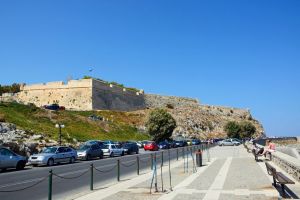 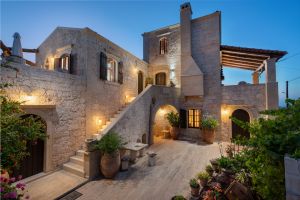