Crete is a star not only for your holidays, but also of some great films, with the seventh art being transformed into the best ambassador of the island, highlighting its special cultural aspects and, of course, the wonderful landscapes.

1. El Greco (2007)Shortly before Dominikos Theotokopoulos, known to the world as «El Greco» , faces the Spanish Ιnquisition for his blasphemous  ability to illuminate the faces of ordinary people into saints, the story of the film begins in Crete and the agonizing years of his youth, during the Venetian invasion in Crete, when the young painter falls in love with Francesca da Rimi, the daughter of the Venetian governor of the island and follows her in Venice. His apprenticeship next to the painter Titian in Venice and his contact with the High Renaissance movement were milestones to his artistic achievement later in the Spanish school in the 16th century. However, his establishment in  Toledo  coincided with the fatal conflict with the Spanish cardinal Nino de Guevara. Director: Yannis Smaragdis

2. The Two Faces of January (2014) The film does for Crete what The Talented Mr Ripley did for in the small villages of southern Italy. The plot takes its inspiration from all that beauty and sunshine of the island's locations, including the ruins of Knossos, the setting for the stories of the Minotaur's Labyrinth, of Theseus and Icarus, dating back to the Bronze Age and the Minoan civilization, as well as the cities of Chania, and Iraklion. The film is based on the homonymous novel by Patricia Hamistim. Director: Hossein Amini

3. Zorbas (1964) Ever since Alexis Zorbas introduced the world the Sirtaki Dance, at Stavros Beach in Chania, with the alluring musical chords composed by Mikis Theodorakis, the legend of the character (Antony Mc Quinn) that capture the plethoric and appealing energy of the men and women born in the old island of Crete have spread all over. With obvious connotations taken from the classic Greek tragedies, it is definitely one of the best movies of the past, based on the novel by Nikos Kazantzakis 'Alexis Zorbas'. The story begins with an English writer, Basil (Alan Bates), when he decides to make a deep discovery to the roots of his father's homeland in Crete, a journey in which he will meet the person who will change his whole way of thinking about life. The film won three Academy Awards. Director : Michael Cacoyannis 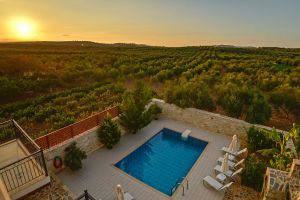 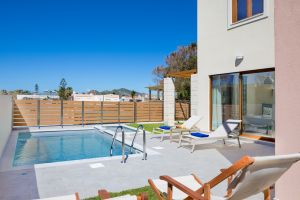