Situated on the easternmost coast of Crete is Lasithi, a popular Greek holiday destination with mild weather year-round and excellent beaches. The region is also known for its historic sites, including a handful of Minoan ruins and the remains of a few Doric towns that date as far back as the 6th Century BCE. Lasithi offers visitors many attractions, ranging from the most luxurious resorts to diverse natural splendor: the mountain scenery, in particular, is spectacular! Furthermore, this extraordinary region is home to a former leper colony; a ghostly outpost with one trendy café; ancient graffiti in the Church of Agios Nikolaos; the windmills of the Lasithi Plateau; and numerous farms and olive groves.

Curated collections of villas in Lasithi 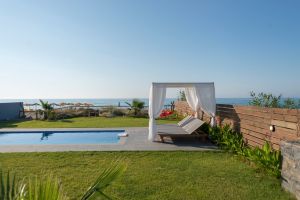 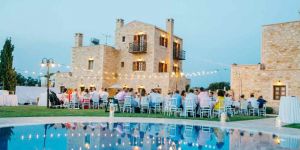 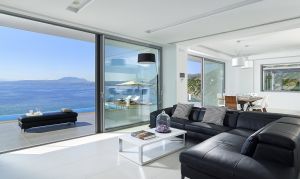 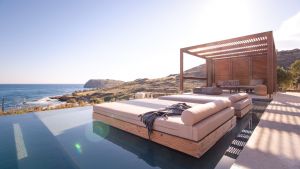 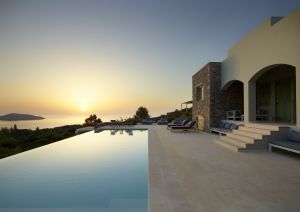 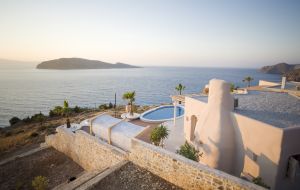 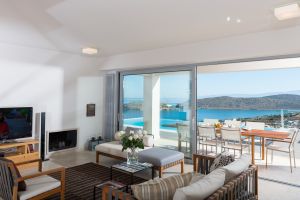 See all villas in Lasithi

Beaches Lasithi is famous for its beautiful selection of beaches. The Elounda resort town became an exclusive beach destination in the 70s and remains glamorous to this day. Vai beach boasts turquoise waters and golden sands, with a huge 2000-year-old palm forest in the background. The secluded beach of Itanos is a peaceful haven year-round, and Kouremenos beach is a windsurfer’s paradise. Chrysi has been referred to as the ‘Cretan Caribbean’ and its beaches are home to cedar trees, white sands, and an abundance of tiny shells. Another reclusive beach getaway, Xerokambos offers unspoiled beaches and a few friendly tavernas for a relaxed holiday experience. Sitia The sunny city of Sitea averages around 300 days of sunshine a year, making it a popular year-round holiday destination. This seafront location is packed with remarkable local eateries including tavernas, cafés, and rakadika (raki/tapas bars). In addition, there are a variety of fascinating artifacts from the Neolithic, Minoan, and Venetian eras on display at the Archaeological Museum of Sitia. Spinalonga The historic island of Spinalonga (now officially named Kalydon) went from being a Venetian military fortress in the 15th Century to a modest Turkish village during the Ottoman era before becoming a leper colony in 1903. The island’s patients had previously sought refuge in the area’s caves, away from civilization. The Spinalonga leper colony was dissolved in 1957. Today, the island is uninhabited but popular for its historic sites, idyllic pebble beaches, and warm shallow waters. Ghostly Outpost Visitors to Lasithi often venture out to the deserted village of Aghios Ioannis, precariously balanced on the southeast of the Thrypti Mountains. Although eerie, the village was merely abandoned due to its inhabitants relocating over the past 30 years to Ierapetra and to the beach settlements of Koutsounari and Ferma. This village does, however, have one venue that still has a vibrant spirit: the Fifty-Five music café and wine bar is a trendy spot to pull in and kick back. The café is known for its quirky collection of vintage typewriters and cameras, and its magnificent telescope. Farms and Olive Groves Think of Greece and olives come to mind, and Lasithi is home to many thriving farms and olive groves. From the farming town of Palekastro, visitors can explore must-see Lasithi destinations such as the beaches of Kouremenos or the ancient monastery of Moni Toplou, one of the most substantial and historically significant monasteries in Greece. Not too far off, at the base of the Dikti Mountains, the Krista olive groves are run by a collective of families producing some of the island’s finest olive oil. There is a lovely café to dine at under the old plane tree in the village. Beside the road to Azoria, visitors can stop at one of the oldest olive trees in Crete; an ancient specimen that is believed to have been planted as far back as 1350 BC. Kato Zakros and the Gorge of the Dead Not far from Palekastro, the Gorge of the Dead extends down from the small village of Zakros to the seaside hamlet of Kato Zakros. The Gorge of the Dead is so named because the Minoan inhabitants of Kato Zakros used the caves along the gorge to entomb their deceased relatives, believing it to be a fruitful home for them to inherit in the after-life. Kato Zakro was a Minoan hub, with its port receiving traders from as far afield as Syria. Built in approximately 1600 BC, the Minoan palace located at Kato Zakros is among Crete’s largest.